Formulated to form a foundation of skin health, this revolutionary anti-ageing serum is packed with next-generation copper peptides and marine bio-ferments.

Daily Ritual: Apply 3-5 drops in the morning over face, neck, and décolleté prior to moisturising.

You could say DNA Age Delay Complex is my antidote to a damaged barrier, with the role of its clever molecules being two-fold: it regenerates skin cells to rebuild thin, fragile skin that results from a damaged barrier, whilst combatting chronological ageing; preserving the youthful look and vitality of one’s skin.

The correct pH balance is critical for skin health, as a protective film known as the acid mantle forms over the skin; inhibiting the growth of foreign bacteria and rendering the skin less vulnerable to attack from irritants. Balanced skin is somewhat acidic – falling into a range between pH 4.2 to pH 5.6 – but when out of balance, the barrier function becomes impaired, leaving skin prone to premature ageing, breakouts, infection, and inflammation.

Copper peptides, ions, and peptide proteins are all found naturally in our skin. These important molecules keep the skin’s pH levels in the acidic range, maintaining healthy skin. They also increase collagen synthesis, regulate copper levels, play a role in the skin’s inflammatory response, and activate reparative cells (fibroblasts), which encourage adult skin cells to perform similarly to youthful skin. As we age, these molecules are used up and not replaced.

Studies: Leyden et al. carried out a 12-week study on the face and eye cream containing GHK-Cu – a significant improvement of skin laxity, reduced lines, and depth of wrinkles were improved. Finkley et al. performed a 12-week study on 67 women and reported that when GHK-Cu cream was applied twice daily it d=significantly improved the appearance of ageing skin and an increase in skin density. The same study found that copper peptide GHK-Cu was non-toxic and non-irritating

Copper Peptides: The anti-ageing peptide powerhouse Copper Tripeptide-1 is an intelligent molecule that encourages ageing cells to behave younger by reactivating collagen production. The protein is also a potent anti-inflammatory; replacing corticosteroids that actively rebuild the tolerance of the acid mantle.
Mamaku Black Fern: This important extract is rich in vitamins and amino acids. It encourages cellular renewal, rebuilding the skin’s structural integrity.
Sodium PCA and Hyaluronic Acid: Naturally-occurring components of human skin and a part of our ‘natural moisturising factor’ (NMF), they act as a water magnet, helping to maintain a healthy epidermis. 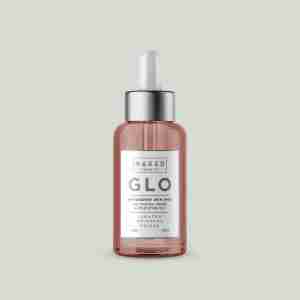 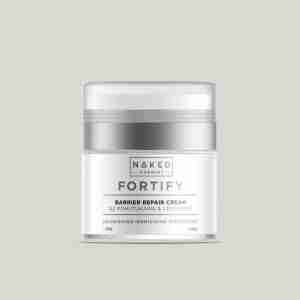